Burnette, Persis take Oath of Office for Four-Year Terms for the Volusia County School Board.

Burnette and her husband, Don Burnette, have lived in Port Orange since 1996. They have two grown sons, both of whom graduated from Volusia County schools and are now attending college. 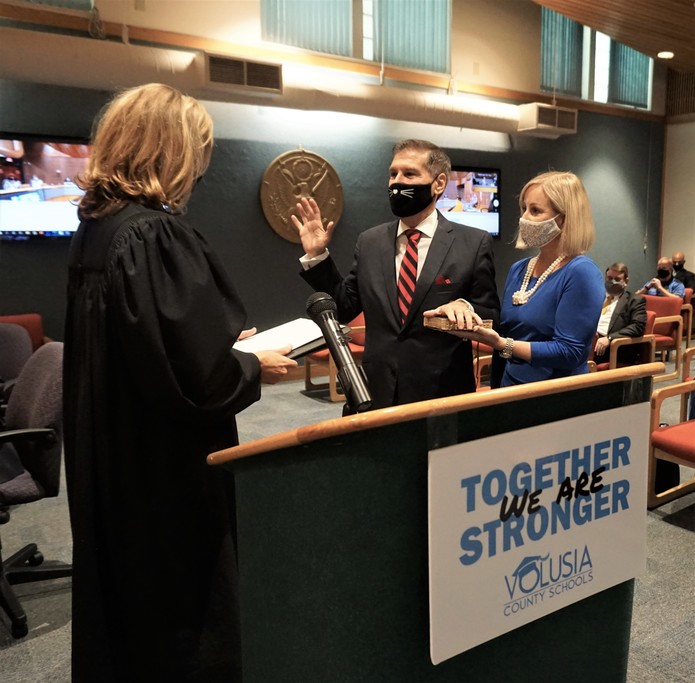 Persis has served on the School Board since 2016. He represents District 4, which includes Holly Hill, Ormond Beach, Ormond-by-the-Sea, the northwest section of Daytona Beach, and the area surrounding DeLeon Springs.

Persis was a VCS principal for 27 years, an assistant principal for three years, and a teacher for five years. He earned his undergraduate degree from the University of Central Florida and a master’s degree in Educational Leadership from Stetson University.

Persis is Chair of the Central Florida Public School Boards Coalition, which represents more than 1 million students and 14 school districts. He is also Chair of the Daytona Beach Racing, Recreation and Facilities District, which oversees the operation of two annual car shows and disperses the profits to nonprofit organizations.

He and his wife, Susan Persis, have two married children, three grandchildren, and two cats.

The oath of office was administered by Circuit Court Judge Sandra Upchurch during the annual organizational session of the School Board. 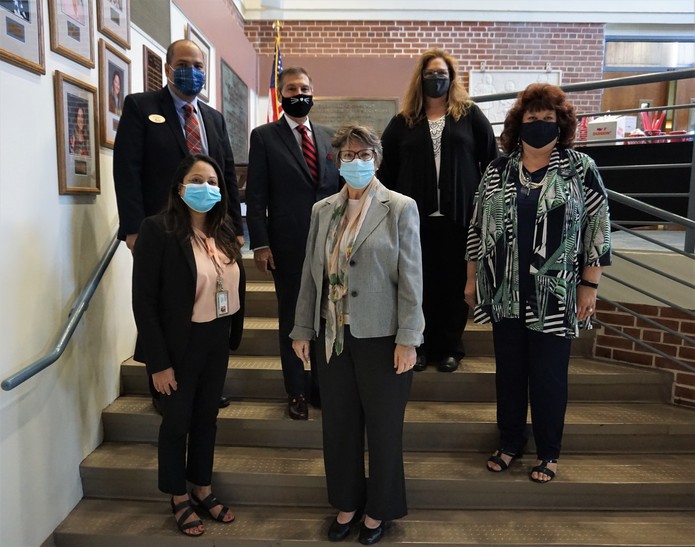 “The leadership team looks forward to working with our new board member and re-elected board member for the next four years,” said Superintendent Dr. Carmen Balgobin.