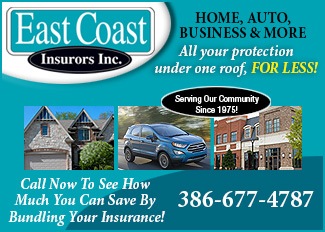 From January 29th, 1920 to March 23rd, 1933, the Volstead Act, better known as the 18th Amendment, prohibited citizens from legally consuming alcoholic beverages in the 48 United States. The distillation and consumption of alcoholic beverages in surrounding countries such as Canada, Mexico and the Caribbean, however, was legal and booming. John "Jack" Gilbert saw an opportunity and, as he had done his entire life, jumped on-board with all his passion and determination.

Jack, an experienced mariner, began "running" rum from the nearby Bahamian waters to Florida’s east coast. From ports in Miami all the way north to Jacksonville, Jack’s cargo was transferred to bootleggers who in turn carried the contraband to speakeasy’s all along the eastern seaboard and eventually into Chicago’s famed Four Deuces. As the Coast Guard pressure increased, Jack and other Runners incorporated go-fast mahogany Garwood and Hacker boats to "run" the rum from the 3-mile international water mark into Florida ports. As Congress increased the "Rum Line" to 12 miles, Jack stayed one step ahead of the law in his now thriving business by switching from sea to air to transport the spirits in newly purchased S-29 Sikorsky Seaplanes. On one particularly turbulent butt-kicking ride, Jack uttered his now famous "Time Flies when you’re having Rum."

The exuberance of youth starting to wane, Jack eventually began to distance himself from the "Baptist Bootlegger", Ben Kerr and other notorious Rum Runners. Jack realized that there was more to life than earning money, and coupled with time, plenty of hoarded cash and an eagerness to do well for mankind, Jack sought a use for his skills that did not risk jail time, but still held his continued craving for adventure. On several occasions Jack assisted in air search & rescue missions following the 1926 and 1928 Florida hurricanes and other storms that put his fellow mariners in harms way. Jack eventually opened a restaurant and bar in Daytona Beach, where he entertained a new group of runners…moonshiners. Jack attended the first stock car race on March 8th, 1936, where he relived his love of danger, adventure and "running."

On November 26th , 1941, his 38th birthday, Jack lost control of his car and plunged into a canal ending his life but not his legend. They claim you can still hear him roaring up and down the streets of Daytona, exhaust growling, tires squealing. Today, we honor Jack’s commitment to good food, hearty rum drinks and a magnificent view…and ask that you drive responsibly when you leave us. 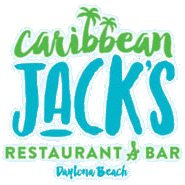