We began as the Daytona Beach Outboard Club (DBOC) in the Spring of 1948, as evidenced by our activity submissions to “Motorboating,” a national magazine. DBOC was an off-shoot organization of The Exchange Club, a national faith-based service organization. The two clubs formally separated in September of 1948. The mission of the newly formed club was to organize and sponsor motor boat races, sailing regattas and fishing tournaments. Boat ownership was not a prerequisite to join, merely an interest in boating got you enrolled.

Although our non-profit corporation was rooted in the late 1940’s, the club formally incorporated in 1956, the year the State of Florida granted the club the permission to establish a clubhouse on the lands of the south basin.

Building a new clubhouse, however, wasn’t quite that simple….

In 1955, the club requested a land donation from the City on a nearby parcel known as “City Island,” on the northside of the Municipal Yacht Basin occupied primarily by the Halifax River Yacht Club. For reasons unknown, this plan eventually fell through.  Today, City Island is the home to the city’s library, a courthouse annex, and the Jackie Robinson Ballpark.

The club’s interest then turned toward the lands around the undeveloped south basin. Prior to 1954, the State of Florida owned this parcel of land that jutted-out into the Halifax River. It really wasn’t being used for anything other than as a congregation point for area “small craft” boaters, those with outboard engines whom could navigate the shallow waters of the south basin. There were no boat slips or marinas, unlike the neighboring Municipal Yacht Basin to the north.

Deed No. 20798 in November of 1954. This deed, however, included some restrictions that limited the city’s use of the land to recreational endeavors. The water front land could not be used for commercial or private purposes. This imposed a serious blockade for a private club who’s mission was to promote the recreational use of Daytona waters by organizing and sponsoring outboard races, sailing regattas, and fishing tournaments. It also posed a problem for the city, which wanted a cost-neutral draw to their newly obtained recreational water front.

According to newspaper accounts of the time, there was considerable opposition to development of any kind in the south basin, primarily from a couple of high-rise residential buildings immediately west of the property on the mainland. Their complaints included that they prefer the view of the wetlands, and that any development may result in stagnant water and trigger relentless mosquito problems.

The club hired a young local attorney, in practice for only four years, named J.Kermit Coble. It was Coble who worked this issue up through the ranks of state government, resulting in a resolution signed on June 12 of 1956 by Florida Governor LeRoy Collins. It specifically granted the City of Daytona Beach the permission to lease the club a section of land provided in Deed No. 20798.

Fundraising commenced almost immediately by the members of the club under our first Commodore Thomas Wilhelm. A newspaper article published less than thirty days after the Resolution promoted “all you can eat fish fries” for one dollar per person. Funding was absolutely imperative, as the club’s purpose focused on accessing surrounding waters by small boats and their owners. The downtown area already had a “yacht club” in the north basin for the more well-to-do; our purpose was to attract everyone else.

The club held three years worth of fishfry fundraisers on this desolate spot. The original building cost estimate of $5000 ended up three-times more at $15,000. By September 1959, enough funds had been raised to break ground. The crowning achievement of the charter members came to fruition on Sunday, January 30 of 1960 with the dedication ceremony of the new clubhouse. Many different boat clubs along the east coast of Florida were invited to the event with about fifteen of them sending representatives.

Incidentally, J. Kermit Coble’s success as an attorney blossomed over the subsequent decades. Aside from the boat club, his clients included actor John Travolta, and most importantly to our club, William Chappell.

US Representative William “Bill” Chappell (D-Fla) will be highlighted in Part Two of our series which will take us in through the 1960’s and 70’s. 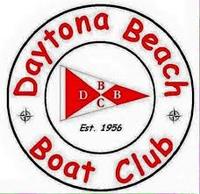