The best family Strategy games available for all families and ages

We publish a large variety of our own games, but also import many other games we feel could have a place in your homes.

As mentioned, we do publish some original games. If you have a design you want to show us, plan to visit a convention that Jay is attending as we only look at new games at conventions.

After many delays, we have decided to publish another newsletter and apologize for the long time since the previous one. Since then we have been busy having published: Roll for the Galaxy, Dominion: Adventures, Cafe International, Mogul, 20th Century Limited, Roll for the Galaxy: Ambition, Arctic Scavengers with Recon, Arctic Scavengers: Recon, Bohnanza: High Bohn Plus Bohnaparte, Bohnanza: Ladies & Gangsters, Bohnanza: Princes & Pirates, My First Bohnanza, Elfenroads, Dominion: Guilds & Cornucopia, Corncordia: Salsa, Power Grid: the Stock Companies, and Rattlebones. We have been working on several new games and a reprint. We expect to release the reprint (finally!) of  Transamerica in January along with two new games: For Crown & Kingdom and Race for the Galaxy: Xeno Invasion. Also in the works and expected during the first quarter are Alan’s Adventureland and Tin Goose. For the many who have asked about the Gipf project games, we expect Gipf and Yinsh in the spring with the others following later in the year.  For those wanting to know about things in the longer term, we are planning the following to release in the spring or summer of 2016: Tiffin, Coal Country, and Epoch: Early Inventors; and for the fall: Oktoberfest and Santa’s Workshop. We also have a few other projects in the works and will make those known as we get closer to the release dates. 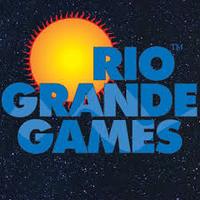