John Morgan founded Morgan & Morgan in 1988. The firm’s first office was located in Orlando, Florida, and was made up of three attorneys, two paralegals and a receptionist. By 1992, the firm expanded to include eight lawyers, 10 paralegals, and a sizable support staff as it began to focus its practice on medical malpractice. In 1995, Morgan & Morgan grew to include 25 lawyers and opened a second office in Tampa. By 1999, more than 40 attorneys and 40 paralegals were employed by the firm, which began to specialize in nationwide mass tort litigation.

At Morgan & Morgan, we believe family comes first. That’s why despite our size, Morgan & Morgan continues to be a family firm. John and his wife, Ultima, met at law school and continue to work together along with sons Matt, Mike, and Dan to help people every day. 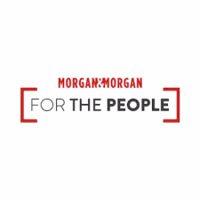