SCI roots date back to 1926. It started out as Sarrington Milling and Construction Company, doing road work in Sauk County and the surrounding area.

In 1960 John C. Scott became the president. Through the 60’s and 70’s SCI expanded its work area to include most all of Central and Southern Wisconsin.John D. Scott took over as president for his father in 1976. Since then, SCI has seen steady growth throughout the state.

In 1979 SCI started to introduce Cold Mix Paving to the municipalities in Wisconsin. We now have several crews providing economical, paver-laid Cold Mix. It is proven to be a good alternative to a more rigid pavement such as Hot Mix or Concrete in many different situations.

In 1993 SCI purchased a limestone quarrying business in rural De Pere, providing the counties and other municipalities of that area with a wide range of crushed, screened, and washed materials.

In 2001, SCI opened a limestone quarry in the western part of Sauk County near Hillpoint. Further providing the counties and other municipalities of that area with a wide range of crushed and screen materials.

In 2007 SCI completely revamped its hot mix facility to meet with the increasing demand of the area. SCI has been the leading user and designer of Chip Seal Coating methods and equipment in the state of Wisconsin and the USA! Full width application of the liquid asphalt and full width spreading of the seal coating aggregates were made possible with the help of SCI’s designers and operators who over the years kept trying to improve on available equipment and methods in the seal coating industry.

SCI offers a wide variety of products and methods in the asphalt surfacing industry. We’ve had a Hot Mix Plant in Sauk County since the early 1960’s.

Today, SCI works with over 700 Towns, Villages, Cities and Counties around the state as well as with the State of Wisconsin. We occasionally maintain roads in Iowa, Illinois, Minnesota and Michigan.SCI’s size, diversification, expertise and experience in the asphalt surfacing industry enables them to help Wisconsin’s Counties, Towns, Cities, and Villages to build and maintain their asphalt and road systems. 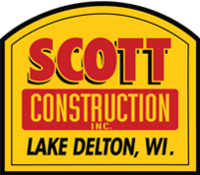